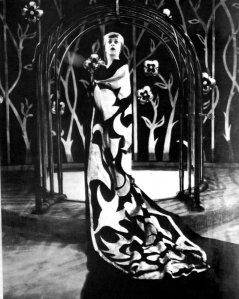 This interdisciplinary conference intends to open discussions about the meaning and significance of Aestheticism and Decadence as these movements evolved between 1895 and the mid-twentieth century. Aestheticism and Decadence were not vanquished with Wilde’s imprisonment but, rather, continued as vital and diverse forms in twentieth century aesthetics and culture. Their influence was in some cases openly acknowledged by the authors in question, but often it was oblique and obscured as many later writers, most famously the High Modernists, eschewed any admissions of such a debt.

We encourage proposals that address these Aestheticist and Decadent afterlives in the context of their cultural, political and social moments, and which engage with the problematics of these terms.

• Decadents and Aesthetes who refashioned themselves and are now considered Modernists (e.g. Yeats)

• Reappraisals of Decadent tensions such as deviant sensuality and ‘reserve’

• The Decadent/Aesthetic individual in the modern city

• Decadent tropes and characters in the ‘middle-brow’ novel

• Decadence/Aestheticism in the United States

• The presentation of Decadents/Aesthetes in monuments, biographies, histories, memoirs.

Writers who could be explored within these contexts are legion, but some notable cases include:

Please send Abstracts of 250 words with a short bionote to Dr. Kate Hext & Dr. Alex Murray at decadence.modernism2015@gmail.com by the 30th of November 2014.